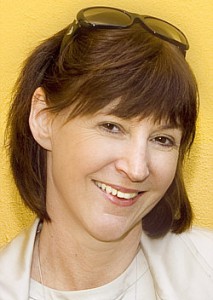 Maud Butter is a dance pedagogue and choreographer. She got her first dance education at her hometown Jena, Germany. After graduating with a university degree in business administration, she started as an assistant dance pedagogue for Eva Sollich at the dance house Benshausen.
At the same time she was studying pedagogy and psychology, got her qualification as a professional dance pedagogue and attended all advanced dance trainings organised by the „Zentralhaus für Kulturarbeit“ (central house for cultural activities) in the GDR.

In 1983 she became a scholar of Aenne Goldschmidt. Since 1996 their collaboration has been ramping up. Maud Butter became her successor and is now leading the training courses in many regions of Germany.

Since 1989 she has been working as dance pedagogue, training leader and choreographer with the folklore dance ensemble „Thea Maass“ of TU Dresden. She became the ensemble‘s artistic director in 2005 and still holds this office.

Between 1989 and 2011 she taught folklore, modern dance, creative dance and improvisation at the Kinder- und Jugendtanzstudio der TU Dresden, later also at the dance department of the Heinrich Schütz Konservatorium Dresden. In 1997, Maud Butter started teaching German folklore and methodology at the Palucca Hochschule für Tanz Dresden and is responsible for the recruitment.