From 12 to 23 August 2022, the ensemble took part in the 36th International Folklore Festival.
Folklore Festival “FOLK AZORES on Terceira. After intensive organisational and artistic
the 29 dancers and musicians were able to set off for the Azores on 12 August.
August to the Azores. The venue of the renowned folklore festival was the
was the city of Angra do Heroísmo on the island of Terceira. 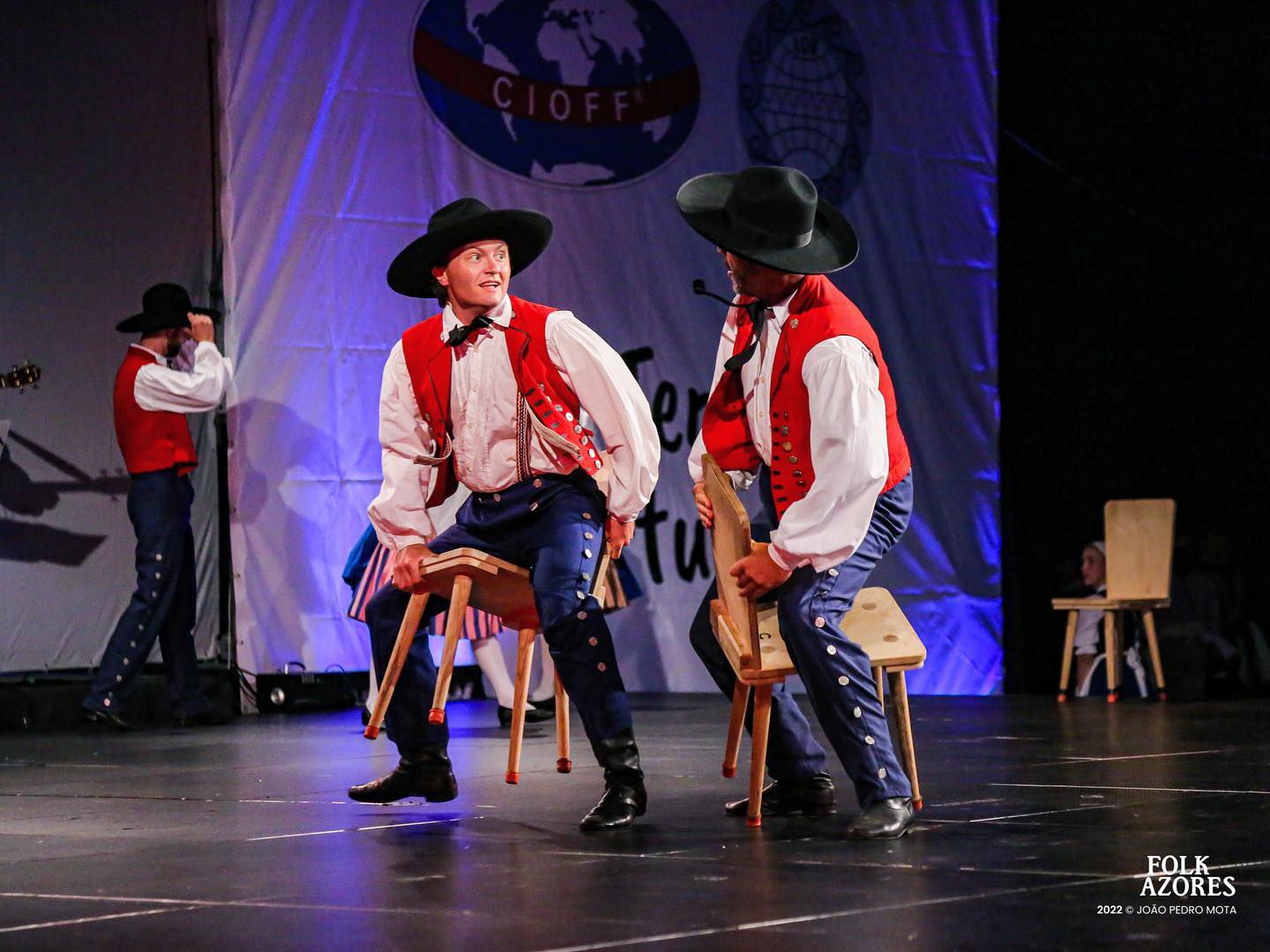 In total, groups from 14 countries around the world took part. Besides the German ensemble, groups from
from Colombia, Costa Rica, Mexico, Paraguay, Slovakia, France,
Ukraine, Lithuania, Hungary, Spain, Italy, Poland and, of course, the host
Portugal. In several performances, the Dresden ensemble showed the audience and the festival participants choreographies from their repertoire, such as
repertoire, such as the Lower Sorbian Freite, the Rühler Springer, Orakel fragen,
Dreisteyrer, Winzertanz and last but not least the classic of the ensemble the Pfälzer
Suite “When the grapes ripen in autumn”.
In addition to the artistic presentation, the encounters and the
exchange between the groups were the focus of the festival. For example, the
folkloric dance ensemble and the French group organised an evening of social dancing
festival participants with convivial dances and music from both countries. A
challenge was a public dance challenge, in which two countries each
performed a choreography to the music of the other group, rehearse a dance
with each other and folklore dance to a pop song.
to a pop song. The focus was on having fun. The partner of the Dresden ensemble was
Ukraine. But also getting to know the island with its wonderful nature,
a boat trip with whale watching, a visit to a volcano, hiking and, of course, swimming in
the Atlantic Ocean.
In individual encounters, the participants were able to act as cultural ambassadors of
cultural ambassadors of Germany, present their home city of Dresden and, last but not least
study conditions at the TU Dresden.
Our special thanks go to the supporters of this extraordinary project:
TU Dresden, the Studentenwerk Dresden and the Gesellschaft der Freunde,
Sponsors of the TU Dresden and the East Saxon Savings Bank Dresden.

German Folklore at the Azores